Although the Annual Camp for the Intellectually Disabled (ACID) was also in June, ACID deserves a post on its own because it is not only a monthly highlight, but a yearly highlight as well. ACID is a 2D1N camp that our members always look forward to. The theme for this year's ACID was "Movies" and our members were their own kind of stars in the camp! 😎

Here is a detailed reflection by one our members!

"Day 1
Once we reached Pioneer Junior College (PJC), we brought our bags to our bunks. 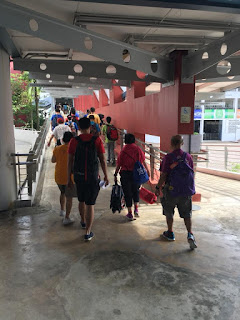 We changed into the ACID tee shirt and we wore our name tags. Once we reached the hall, we separated ourselves into the different groups and there were a total of thirteen groups. We recalled and practiced the previous three years' ACID dances and this year's ACID dance is called "Manual Of Youth" by TF Boys. Then, we ate lunch at the canteen. After lunch, we went to Sentosa. My favourite part was the Luge Ride! It was my first time riding it and I was initially a bit nervous but I was doing a lot better in the second round. I hope I will get to ride the Luge at Sentosa again during RO Camp this year as it was very fun! Then, we went to the beach to play football and watch a mini concert. We took the bus back to PJC to have our dinner. After dinner, we participated in the Night Carnival, where we watched free movies, played some games and of course, eat popcorn and cotton candy. 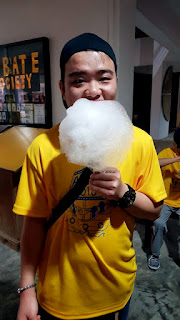 We danced during the Disco Night and concluded the day by washing up and going to sleep to prepare ourselves for the next day.

Day 2
Once every one was awake, we helped out to arrange the tables and chairs back to how it originally was. We did morning aerobics and ate breakfast at the canteen. Now that we were all energised, we played Mass Games. To heat things up, the Singapore Civil Defence Force (SCDF) allowed us to put out a real fire! 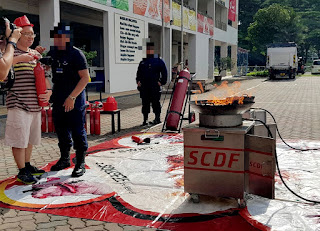 We even wore the fireman suits and took photos with the Red Rhino! 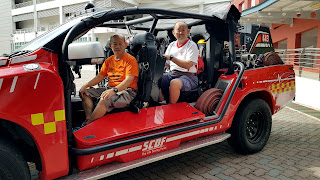 We then ate lunch at the canteen before heading back to our bunks. Soon after, it was time for the closing ceremony. We danced to this year's ACID dance and concluded the camp with group pictures. I am certainly looking forward to next year's ACID. Well done every one!!!"

Thank you to all the volunteers, from both RO, and MYG, for helping out, directly or indirectly in ACID! The camp would not have been this successful without your support!